The Federal Reserve raised the key short-term interest rate by 75 basis points in response to the release of the May headline CPI number, which increased to 8.6%. This marked the first 75 basis point increase in the Fed funds rate since 1994. That wasn’t the most unusual thing about the announcement. All year, Fed Chairman Powell has been striving to telegraph to markets exactly what the Fed’s intentions are with rates. Clarity and allowing time for markets to adjust has been the strategy for minimizing disruption.

The CPI inflation number release came at the tail end of the “blackout” period the Fed observes around communications before an FOMC meeting. Without the ability to communicate the Fed’s thinking to the markets, the Fed Chair had to weigh the possible loss of credibility such a surprise announcement would cause against the urgent need to combat inflation aggressively. 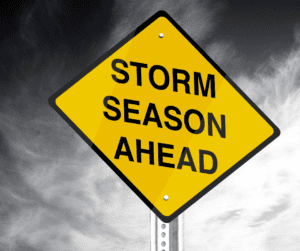 The FOMC releases a Summary of Economic Projections (SEP) four times a year which projects a range for where the Fed funds rate should be. The current projection is that the target for the end of 2022 is a short-term rate between 3 and 3 ½ %. This is an upward revision of 1.5 percentage points from the SEP projection in March. The higher rate is needed to slow the economy and bring inflation down to the long-term average inflation rate of 2%.

The most recent University of Michigan consumer sentiment survey said that the public’s expectation of inflation five years from now jumped to a reading of 3.3% from 3% in May. That was the first increase since January. Expected inflation a year from now also ticked up, hitting 5.4% versus 5.3%.

The strategy behind higher rate increases sooner – in other words, more velocity – is to reach a point where the Fed has more options to lower inflation while still maintaining growth.

The ongoing strength of the labor market is supporting the economy. Powell stated that “the American economy is very strong, and well-positioned to handle tighter monetary policy.”

The Impact on Unemployment and the Path Forward

GDP projections were revised down to a 1.7% gain in GDP, down from 2.8% in March. The impact on unemployment of slowing economic growth will likely be an increase to 4.1% through 2024, from the current level of 3.6%. Powell described this as a historically low level and stated that achieving the joint goals of low unemployment and inflation on a downward path to 2% would be a “successful outcome.”

The Fed is looking for a sustained downward trend in inflation. As we saw last year, inflation came down over the summer and trended back up in the fall. Keeping the gas on tightening monetary policy now will hopefully provide room to move if a similar trend emerges.

Powell also specified that there are factors outside of the control of monetary policy. The impact on commodity prices of the war in Ukraine, as well as the ongoing disruptions to the supply chain, are outside of the Fed’s control. In other words – more pain may be coming.

Will Another Hike in Interest Rates Lead to a Recession?

Powell was clear that achieving lower inflation while protecting a strong labor market and a growing economy has become more complex. The specificity with which Powell outlined the attempt to raise rates sooner, so that rate increases can trend down later is part of this strategy.

The Fed wants to have the ability to decrease rates again in order to juice the economy if it becomes necessary. Inflation is projected to drop dramatically, to just above 2% in 2023. Whether all these pieces will fit together is the challenge.

We all recognize the damage that inflation is doing to the economy, and even with the risk of recession, the Fed’s aggressive moves are a positive sign. Lowering inflation as quickly as possible helps avoid the risk of it becoming entrenched, and the Fed is viewing the perception of recession as the lesser of two evils. As the Fed reviews data – and has said it will rely on empirical evidence and not be model-driven – we can expect more volatility. It will be important to focus on long-term goals and remember that even if a recession results, the economy’s overall strength is likely to make it short and shallow.

This work is powered by Seven Group under the Terms of Service and may be a derivative of the original. More information can be found here.

The information contained herein is intended to be used for educational purposes only and is not exhaustive. Diversification and/or any strategy that may be discussed does not guarantee against investment losses but are intended to help manage risk and return. If applicable, historical discussions and/or opinions are not predictive of future events. The content is presented in good faith and has been drawn from sources believed to be reliable. The content is not intended to be legal, tax or financial advice. Please consult a legal, tax or financial professional for information specific to your individual situation.

Understanding inflation, recession and the Fed
August 18, 2022
Connect With Us

Our Most Recent Posts
Go to Top