Some of the most entertaining times to be a long-term investor are those periods when short-term speculators are looking over their shoulders for an excuse to sell. They’re convinced that the market is going to go down before they can get out, and so they jump on any bad news that comes across their TV screen. 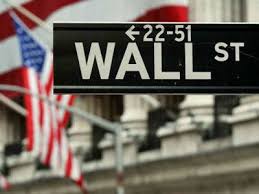 And, of course, the last couple of days have been a marvelous time to see this in action. The Greek Prime Minister has resigned! Sell! China devalued its currency a few days ago by 2%! Head for the hills! Chinese stocks are tanking yet again! Get out of American stocks while you can! The Fed might raise short-term interest rates from zero to very nearly zero! It’s the end of the world!

What makes this current market environment compelling—and sometimes scary—is the enhanced volatility around very little actual movement. Despite all the jitters investors have experienced over the past nine months and despite the drop on Friday and again on Monday, the S&P 500 is only down about 5% over the past 12 months, and was in positive territory as recently as August 19.

With that said, nobody would be surprised if the U.S. stock market continues to decline 10%, or even 20%, this year. But what can you do with that information? Nobody would have been surprised if this had happened at any point in the long bull market that doubled your stock investments, and nobody can predict whether recent days are a signal that the market will take a pause, or if this week will bring us another wave of short-term euphoria measured mostly in sighs of relief.

Understanding inflation, recession and the Fed
August 18, 2022
Go to Top